The word braai is Afrikaans for “barbecue” or “grill” and is a social custom in South Africa, Botswana, Namibia, Lesotho, Swaziland, Zimbabwe, Zambia and Malawi. The term originated with the Afrikaans-speaking people, but has since been adopted by South Africans of many ethnic backgrounds.

The word has been adopted by English-speaking South Africans and can be regarded as another word for barbecue, in that it serves as a verb when describing how food is cooked and a noun when describing the cooking equipment, such as a grill. The traditions around a braai can be considerably different from a barbecue, however, even if the method of food preparation is very similar. 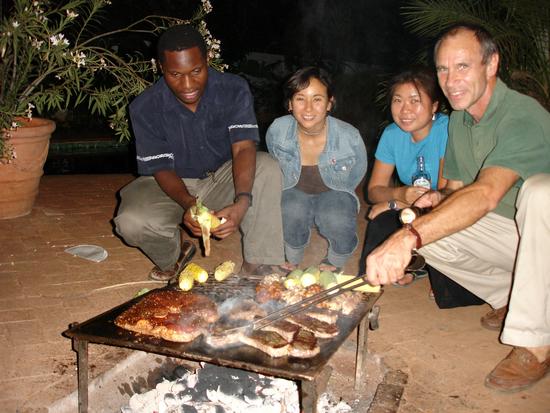 While wood was formerly the most widely used braai fuel, in modern times the use of charcoal, briquettes and gas has increased due to their convenience, as with barbecues elsewhere in the world. There has, however, been a renewed interest in the use of wood after the South African government started with its invasive plant species removal program. Many households now own both a gas and wood or charcoal braai. 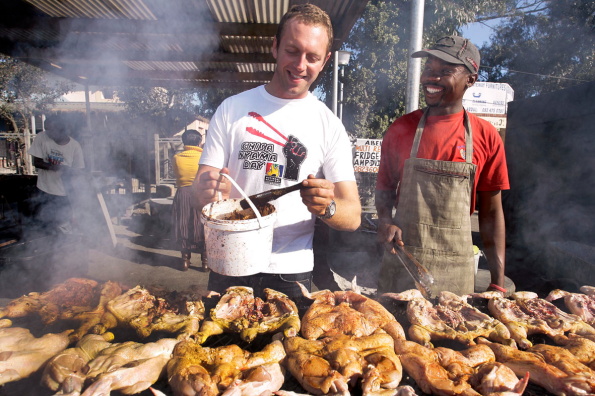 Boerewors and pork in a concrete braai structure
Similar to a potluck party, braais are casual and relaxed social events where families and friends converge on a picnic spot or someone’s home (normally the garden or veranda) with their own meat, salad, or side dish in hand. Meats are the mainstay of the South African braai. They typically include boerewors, sosaties, kebabs, marinated chicken, pork and lamb chops, steaks, sausages of different flavors and thickness, and possibly even racks of spareribs. Fish and Rock Lobster, commonly called kreef in Afrikaans, are also popular in coastal areas.

Braai Day is a celebration of South Africa’s rich cultural heritage and its unique national pastime, the braai. It aims to unite all South Africans by encouraging them to partake in a fun and tangible activity shared by all demographic groups, religious denominations and body types. 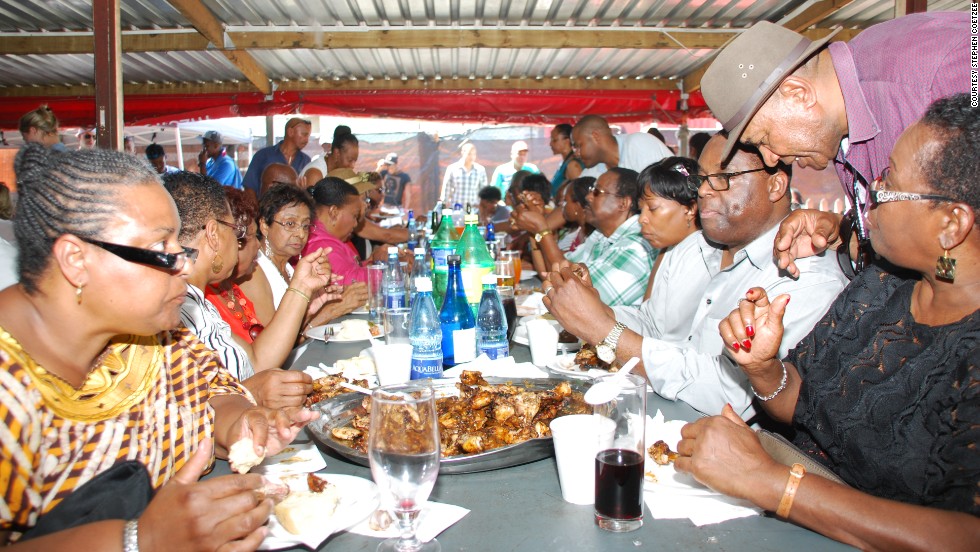 So just pick up your Around About Cars vehicle and drive to one of the many braai-places in and around Cape Town.