Since then, the 21 kilometer half-marathon has been introduced and has significantly outranked the ultra-marathon in popularity, attracting thousands of runners from all over South Africa and the world every year. The event now attracts close to 26 000 participants over the various distances.

The annual Two Oceans Marathon challenges road runners to a grueling 56 kilometer ultra-marathon race along one of the most scenic coastal routes in Cape Town.
The marathon provides a great day out for competitive runners as well as those running for fun. Participants can choose from various distances – the 56km ultra marathon or popular 21km half marathon and the 5km or 2.5km fun runs.

This year, The Old Mutual Two Oceans Marathon takes place in Cape Town on 30 and 31 March 2018.
On the race day, there is entertainment that provides a fun, exciting, and a unique experience to runners, family, friends, and spectators.

The Two Oceans Marathon is a fantastic way for corporate groups to give back to the community.
Find out more info at http://www.twooceansmarathon.org.za/.

Are you travelling to Cape Town for The Old Mutual Two Oceans Marathon? At Around About Cars we have a large fleet of rental cars to suit your needs whilst you are visiting.

For non-Capetonians who will be staying in the Mother City over this time period, there are many must-see attractions and tourist hotspots that can be visited during any free time surrounding the race. We offer the cheapest rentals guaranteed as well as unlimited kilometers.
Renting a car during the Two Oceans provides the best possible means of getting around, as it allows one the freedom and flexibility to do some independent sightseeing.

When athletes take to the streets for the Old Mutual Two Oceans Marathon on 30 and 31 March 2018, drivers run the risk of being caught in traffic or falling victim to roundabout detours.

To keep up-to-date of where NOT to drive or park for a smooth-sailing weekend in Cape Town, check out our overview of road closures and associated timings below.
Note: Road closures and parking restrictions will be in full effect from the early Friday morning to midnight on Saturday, 31 March 2018. 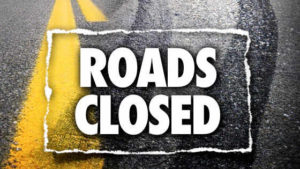 Traffic going to the city from the False Bay areas will be diverted through Fish Hoek along Main Road to Kalk Bay and then along Boyes Drive to Lakeside; from there, drivers will be directed to the M3 (the Blue Route).

Note that the M3 north-bound lane will remain open to traffic for the duration of the event, and delays can be expected during the 2018 Old Mutual Two Oceans Marathon. Motorists are asked to avoid using all roads leading to the race route and to comply with the directions given by traffic officers and marshals. Road signs will be in place during the week leading up to the race, advising of all road closures.

Residents in the following areas are requested not to park along the route and to use alternative side streets for the duration of the race: